Despite space tourism furthering our understanding of the universe, environmental advocates like Prince William have questioned its impact on our planet.

In a world where eco-friendly initiatives are at the forefront of society, could the rise of space tourism be a major setback in our quest to be green and reduce climate change?

With entrepreneurs like Bezos, Musk, Branson, and others investing in space exploration, many would argue they’re contradicting the modern importance of saving Earth. As others make strides towards tackling climate change, should space technologies align with these efforts rather than counteracting our environmentally friendly focuses?

Our continued existence on this planet is dependent on us safeguarding and acting in its best interests rather than focusing our attention elsewhere.

During an interview with the BBC, Prince William pulled no punches with his objective criticism of the world’s richest space exploration enthusiasts. Business giants like Richard Branson, Jeff Besos, and Elon Musk are looking to introduce a new age of private commercial space travel, but at what cost to the planet?

When asked about the space race, Williams was quoted saying “We need some of the world’s greatest brains and minds fixed on trying to repair this planet, not trying to find the next place to go and live…”

Green issues have become a focal point within modern society, where the importance of slowing climate change and environmental damage is paramount to our survival.

Does Commercial Space Have Any Positive Impact?

Bezos has described his space travel exploits as essential for building a brighter future for our kid’s generations, remarking on how ‘We need to do that to solve the problems here on Earth’.

With this being said, can commercial space possibly have any positive impact on our planet?

Well, on our quest to reach the unreachable, the development of new technologies and innovations has accelerated dramatically. These will have a profound impact on our advancement as a race, while further funding emerges to decrease the cost of launches.

Since modern space explorations are mostly funded by private institutions, there are more funds available for companies to focus on environmentally friendly initiatives. Additionally, private organizations have no financial restrictions or limitations since they aren’t dependent on taxpayers’ money. This frees up national funds to reinvest within society, as part of a process that’s unburdened by the favour of taxpayers or the whims of politicians.

What’s great about the excitement and intrigue surrounding modern space travel is its tendency to inspire. In fact, with so many tantalizing space exploits at our fingertips, the next generation of engineers can certainly feel inspired.

Perhaps a young engineer with the potential to change the world will be inspired by programs like SpaceX and go on to achieve ground-breaking accomplishments that transcend our existence.

What Do Scientists Say About the Environmental Effects of Space Tourism?

According to a famous scientist, Dallas Kasaboski, a single, one-and-a-half-hour Virgin Galactic suborbital space tourism flight can generate as much pollution as a 10-hour trans-Atlantic flight. This suggests a cause for concern, where it would seem the ambition to fly to the edge of space is outweighing the necessity to protect our planet at all costs.

What’s adversely impactful about rockets is their tendency to fill the atmosphere, stratosphere, and mesosphere with overwhelming volumes of pollution. According to a 2010 study, the soot from 1,000 space tourism journeys could cause the temperature of Antarctica to rise by 1°C.

If we ever reach a stage where we have 1,000 annual launches on the horizon, this would produce a staggering, earth-shattering 600 tonnes of soot and black carbon every year. Shockingly, this would be more than the total output from today’s airplanes, helicopters, and other aerial sources.

Rockets also expel pollution at altitudes three times as high, cutting through the stratosphere at more than 40km above sea level. It can then remain above the weather for more than ten years, where it has the potential to wreak havoc and contribute to climate change. The thought of emitting pollutants in places they’ve rarely reached is a cause for concern. We’ll be entering uncharted territory with little awareness or understanding of the effects of our human interference.

When observing the bigger picture from a global perspective, currently the richest 1% are responsible for 175 times more greenhouse gas pollution than the average person in the bottom 10%. These people certainly have a lot of explaining to do, especially when everybody else is expected to compensate for their mistakes.

Considering the disparity between rich and poor pollution, if space tourism takes off, this problem will be further exacerbated. However, as things are, the scientific community is relatively in the dark when it comes to rocket launches having a measurable impact on the planet’s climate.

Safe and sustainable space exploration is an emerging focus, one that’s supported strongly by the Royal family. With this being said, by investing in space-related research we can better understand the impact space industries have on the environment and thus discover eco-friendly solutions that can be funded to further these agendas.

Is There a Chance to Make Space Travel Less Harmful?

As the demand for space and suborbital tourism increases, the number of scheduled flights will increase too. Consequently, with a view to longevity, our efforts to make space exploration more sustainable will define this era.

Our focuses to mitigate the impact of space activity on the environment could well be a turning point for civilization, with special consideration to future generations. Many of today’s space startups are working on technologies that make space exploration more sustainable.

Ventures from companies like ESA’s Space Rider and Skyrora Ecosense are emphasizing the environment as a priority, where things like reusable space launch systems and innovative plastic recycling methods will promote new sources of energy and eco-friendly materials for the aerospace industry. At the same time, some other startups, such as Astroscale, are focusing on on-orbit servicing including life extension, in situ space situational awareness, end of life, and active debris removal.

What’s most important is that we identify new approaches that promote the long-term sustainability of space adventures. Future practice should align with the Guidelines for the Long-term Sustainability of Outer Space Activities of the Committee on the Peaceful Use of outer space. By doing so, our scientific/technical R&D will support the best interests of our external environments.

The space tourism era is poised to throw many spanners in the works, where our impact on the environment could remain as a talking point for the test of time. With this in mind, it’s crucial for us to focus on sustainability and support companies that are overcoming climate change problems. 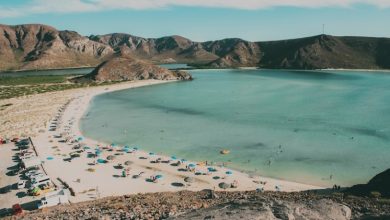 Finding Where is the Cheapest Place to Live in the Beach? 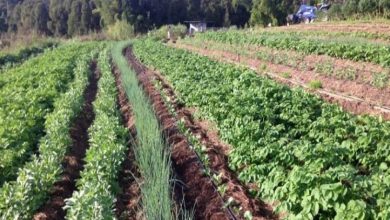